From 1966 when the 34th TFS started combat operations at Korat until the spring of 1968 the tour for aircrews was 100 missions over North Vietnam. On March 31, 1968, President Johnson ended all bombing north of the 19th Parallel (shortly thereafter the 20th Parallel). Aircrews arriving in theater on July 1 or later were given a one year tour, regardless of where or what number of missions they flew.

Upon completion of 100 missions over North Vietnam it was customary in the 34th TFS to have your name added to a long, white scarf.

In November 1967 it became normal to transport the 100 mission pilot to the club on a custom-built wagon. 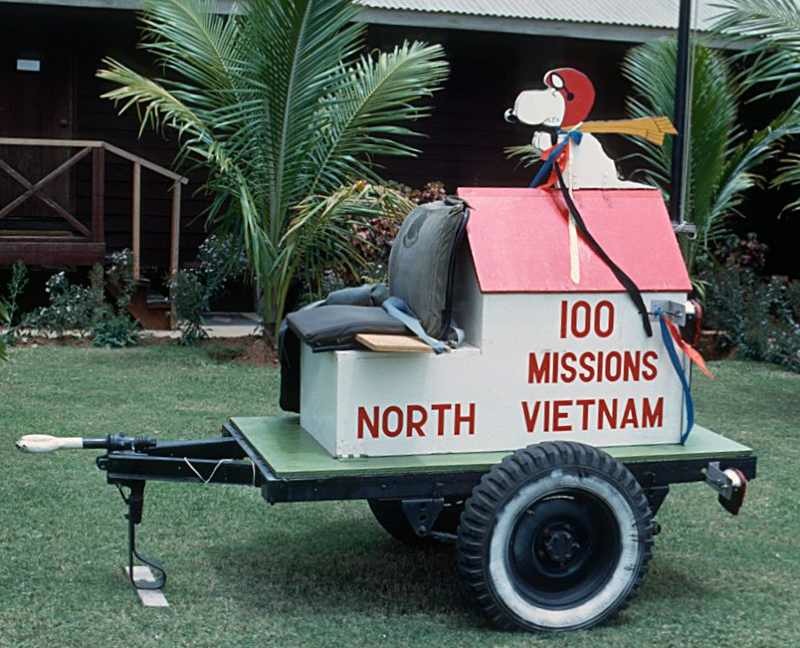 Scarf at the 1988 River Rat Convention 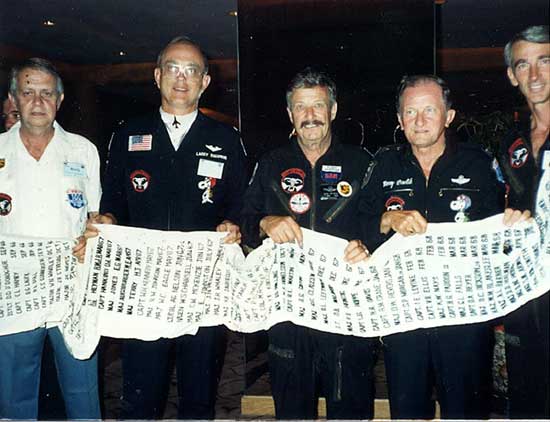 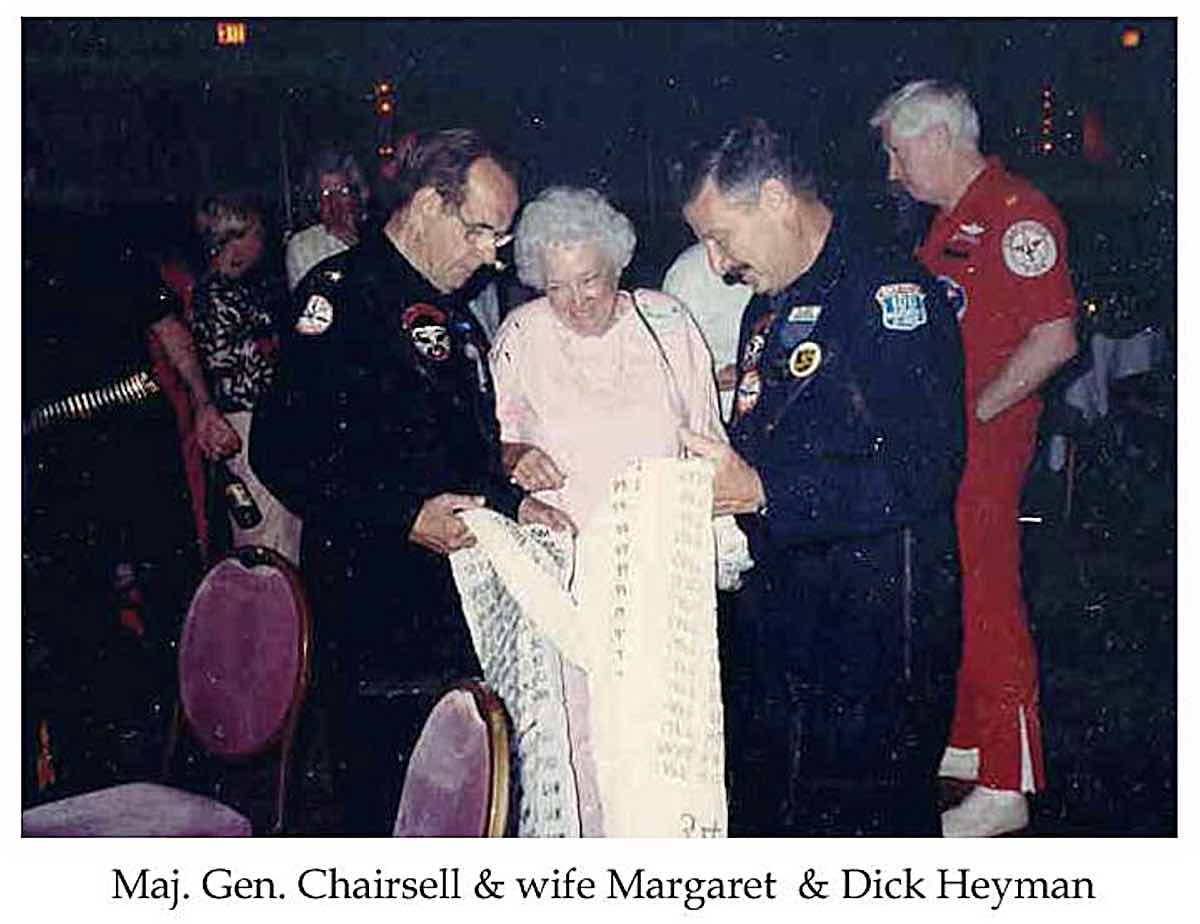 The original 100 mission scarf has been donated to the National Museum of the U.S. Air Force along with an honor board that lists all of the names on the scarf plus those killed and POW's. 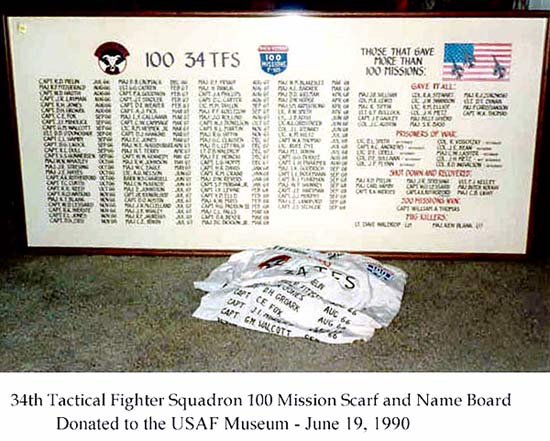 The National Museum of the Air Force has a nice collection of pictures, stories, and other information on their site: Badge of Honor: 100 Missions Up North.

Names On The Scarf For 100 Missions

This list was compiled by Monthy Pharmer in 1988. Some of these pilots were attached or TDY to the squadron, but are certainly considered 34th TFS members. Names are listed below by date they completed 100 missions. Use the "Search" feature just above the table to find a name or date.

A list suitable for printing is this pdf file.

Names Not On The Scarf

We have recently learned that there are two pilots that completed 100 missions whose names are not included on the scarf. This is what we currently know.
Honor Roll
Pictures